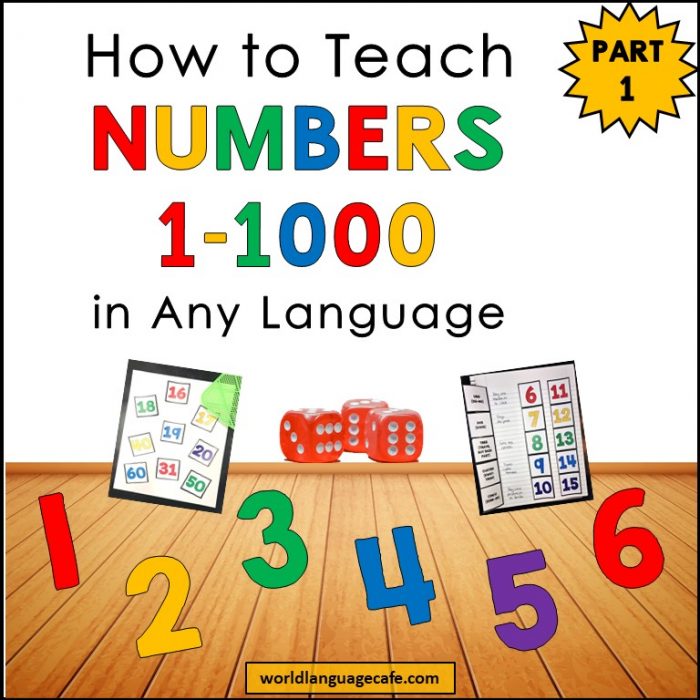 Teaching numbers in another language is easy, right?  Yes, but are you really teaching your students to master the French or Spanish numbers with fluency or only to be able to say a number after they’ve counted all the numbers before it?

Be honest – how many times do you see your students counting in their heads just to say 13?

For many years, my students did the same thing, but when I raised my own kids bilingually and taught kids ages 3-7 out of my home, I learned a better way.  In Part 1 of Teaching Numbers in Any Language (#1-12), you’ll learn my tried and true methods that work well with all ages and grade levels.

Go through the numbers 1 by 1.  Focus on each one for 1-2 minutes before moving on to the next one.  Do not write anything on the board yet.

Ex. Dance and Make a square with your index finger.  Say a number as you draw each side of the box.  Put your hands above your head, arms extended in the air, palms up, and swivel your hands like you’re celebrating.  Say the number as a cheer.

2.  Teach students a full body physical movement to go with each number.

Again, it doesn’t matter which movements you use.  Getting students up and moving around is just another way to keep them engaged while you’re repeating numbers.  (Think of how much of their day is sitting.  This is your chance to make language class the best class in the school – yup, even better than gym or lunch).

3.  Have them roll dice and say the numbers.

Pass out 1 die to each student or use online dice.  Remember, you want your students to know these numbers fluently and be able to say the numbers out of order without counting.  Have them do this until they can say each number as fast as they would in English.

5.  Have students practice counting from 1-12 while they are jumping, hopping on one foot, hopping on the other foot, clapping, etc.

Repeat this with only even numbers and then only odd numbers.

6.  Do the dice exercise again, but with 2 dice this time.

Use the number reading sheet in my Free Resource Library.  Students read the numbers just as they would read a paragraph. Great for increasing number fluency. 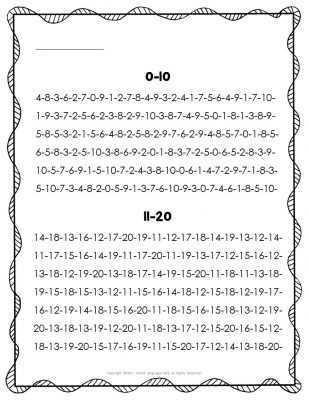 8. Assign Boom Cards for an in-class assignment or for homework.

9. Give students cards with a picture of an object on one side with the word in the target language and a certain number of those same objects on the other side.

Students walk around asking how many of certain things each student has and then write a sentence about it.

10.  Use numbers in context for communication.

Students ask for each other’s phone numbers.  On a piece of paper, they write down the number next to the person’s name.  That way, they have to listen, understand, and write what they hear, just like they would during a friendly conversation.

Ask about how many family members students have in their immediate families and their extended families.

Use these activities and before you know it, your students will have permanently mastered Spanish numbers 1-20 in the target language (plus you’ll have squeezed in some extra grammar and communication skills).  Like sneaking vegetables into your kids’ spaghetti sauce.  He, he.

Remember to get your number reading sheet, and many other goodies.

And be sure to read on to the next part in this series, “Teaching Numbers, Part 2” to learn how I teach numbers 13-1000. 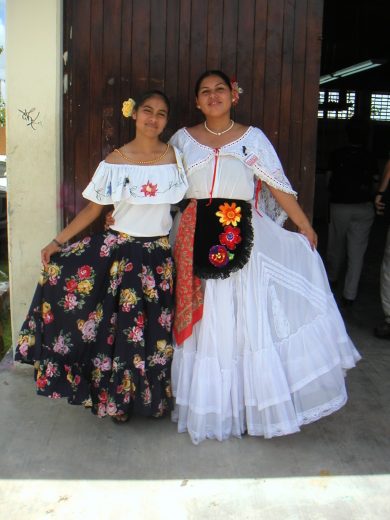 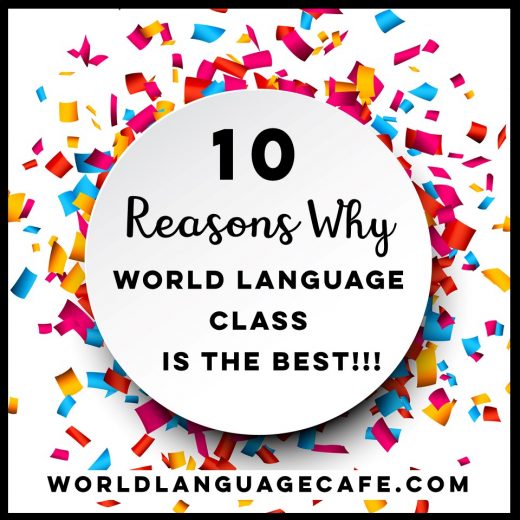 10 Reasons Why World Language Class Is the Best!