Why Traditional Spanish Flashcards Don’t Work (and What Does) 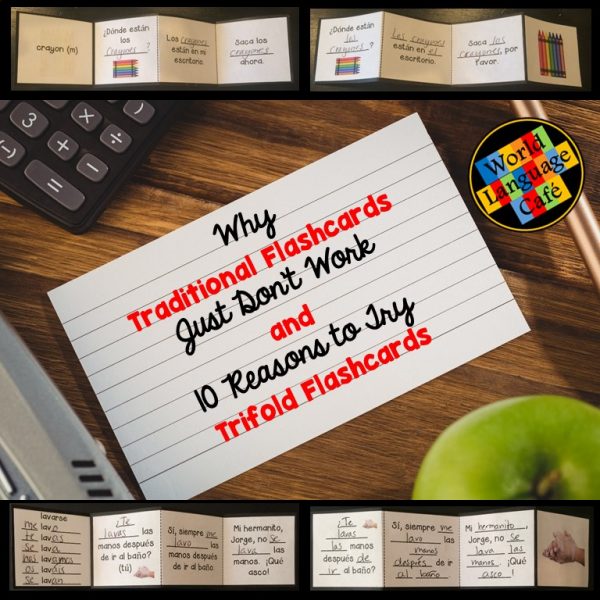 After using traditional vocabulary and verb Spanish flashcards in my World Language classrooms for years, I have finally come to the conclusion that they just aren’t as effective as they could be.  How many bazillions of flashcards have we forced our students to make, yet they still struggle to use the vocabulary and verbs correctly and fluently?

A small percentage of students diligently studied them the correct way (practicing them many times and also practicing writing the words) and somewhat acquired the words, but this still did nothing to help them use the vocabulary or verbs in context.  For the majority of students making flashcards was tedious and not very helpful.  Here’s why:

Although writing the word once helps incorporate it a little into the brain, it is by no means going to make it a part of their permanent vocabulary.

How boring is it to just have the written word in English on one side and the word in the target language on the other side?

They also don’t have context to help students learn how to use the word.  Sure, they may end up learning the word, but then they still have no idea how to use it functionally in the target language.

They may misspell the word or write down the incorrect article to use with it.

Johnny from class starts off with all of them, but how many of his flashcards end up at the bottom of his locker, hidden in the depths of his bedroom, or worst of all, in the garbage can as soon as the test or quiz is over.  When it comes time to review for the final exam, most students have lost many of their flashcards.

6. Students don’t know how to study with flashcards.

7. Students still misspell the words on their quizzes and tests because they haven’t practiced enough.

After all the work you and they have put into acquiring these words, they still can’t spell them or use them correctly in a sentence.  Arg!

Wow!  That’s a lot of reasons not to use traditional Spanish flashcards, isn’t it?  Had you ever thought about all these before?  Makes you realize that this outdated language learning technique really doesn’t work well.

They are folding flashcards.  On side A, students see the written word and write it into each of the three comprehensible sentences that often tell a short story or feature a mini-dialogue.  On side B, students see the same sentences, but must now fill in more of the missing words in each sentence.

Afterward, they write out the full three sentences on a sheet of paper or in their interactive notebooks and attach the booklet to the paper with paper clips.  Students then look at the picture of the word and flip it so they can see the word in the target language.  Such an easy way to review.  By now, they have written each word at least 9 times in comprehensible sentences.

Hope this has given you some incentive to try trifolds in your World Language Classroom.  Get free sample sets in French or Spanish in my Free Resource Library.

Here are the editions available in my store.  All interactive notebook trifold flashcards sets are between $2-$5, very affordable for your classroom, (or you can make your own – have to warn you though that they take a very long time to create).

Next Story
How to Create a Reading Library 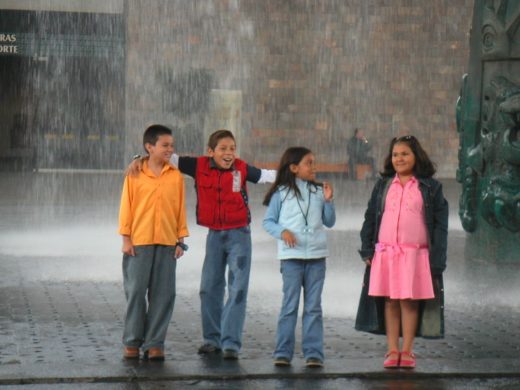 Breaking Down Stereotypes in Spanish Class 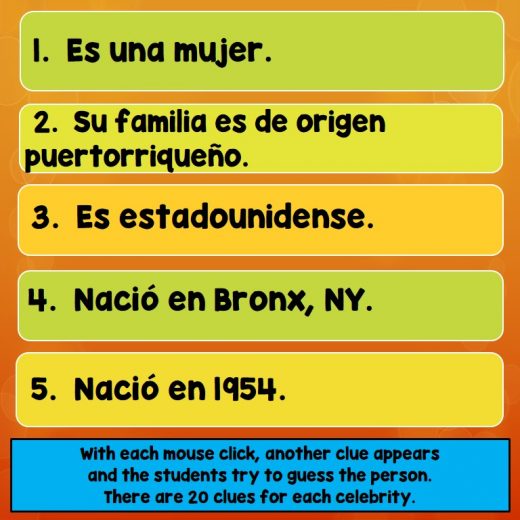 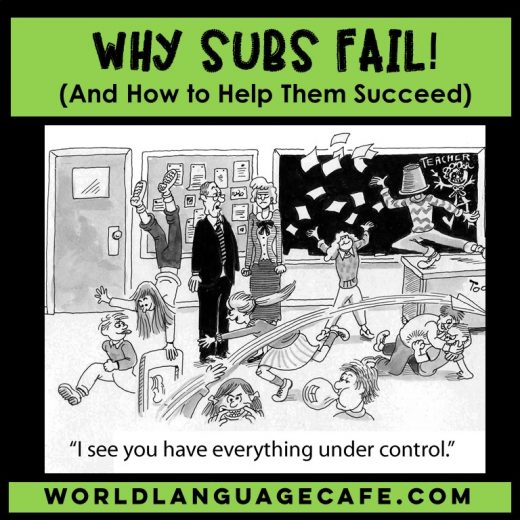